After flying from Darwin, we spent just one night in Perth before starting the drive up the west coast to our destination. Just north of Perth we popped down to one of the many beautiful and nearly empty beaches, where I was impressed by the field-guide level of information provided in the local warning signs. 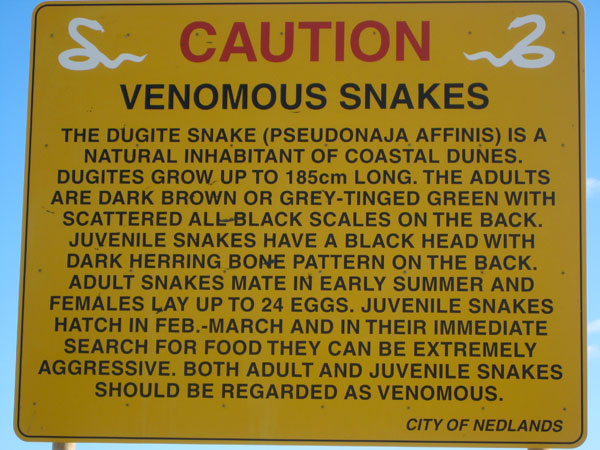 Of course the warning sign caused me to look carefully around the coastal shrubs in the hopes of seeing a dugite. I had no such luck, but I did find this charming Tiliqua rugosa rugosa (Common Shingleback). Monica and I had traveled the Perth to Shark Bay route once before and had seen quite a few Shinglebacks then, but Mary had neither been to this area nor seen this animal. She pointed out that it is more like a toy-store rubber lizard than an actual lizard in appearance, texture, and disposition. 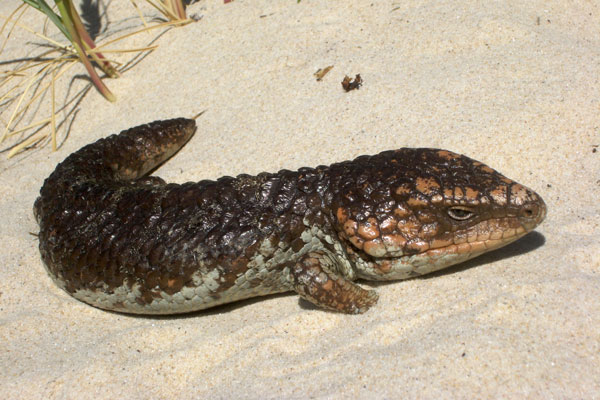 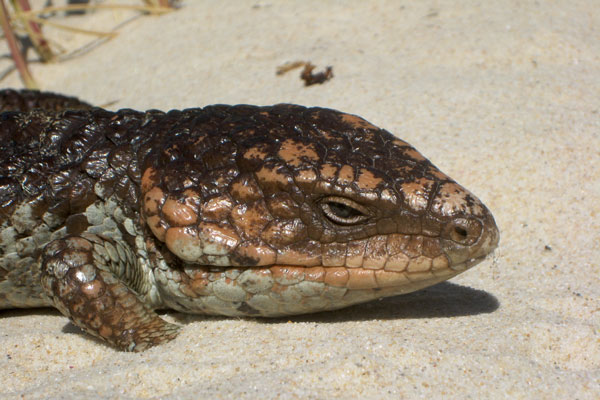 I’m going to throw in one more herp from the Perth area here, though we actually saw it a week or so later when we had driven back to Perth at the end of our trip. This little guy was under a rock on a cool morning in John Forrest National Park. It was the only herp we saw in an hour-long hike, which I consider downright un-Australian. It was about the same size, shape, and color of a Batrachoseps salamander, but was in fact Hemiergis initialis initialis (Southwestern Earless Skink) After this in situ photograph, I hoped that it would pose more attractively, but it chose to vanish into the leaf litter instead. 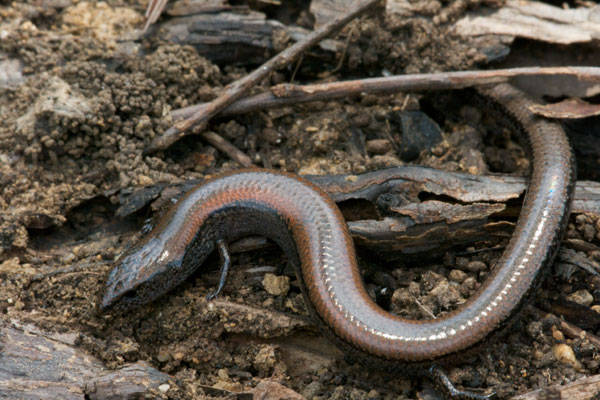 So now, back to our story. An hour or two north of Perth we stopped at Yanchep National Park to get an early dose of Western Australia wildlife. One of the main attractions here was a group of Koalas doing the Koala thing of sitting motionless in eucalyptus trees. Koalas are not native to this part of Australia, so this is more of a zoo photograph than a nature photograph, but heck, they are so cute! 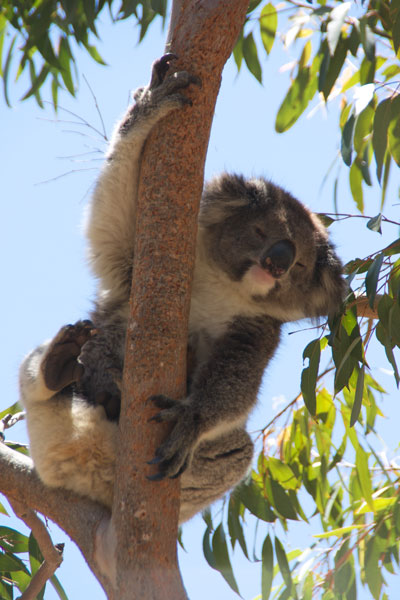 We did see a native and wild marsupial at Yanchep also. This is Macropus fuliginosus melanops (Western Grey Kangaroo). It was not an especially wild animal though, as it was hanging out near a golf course. 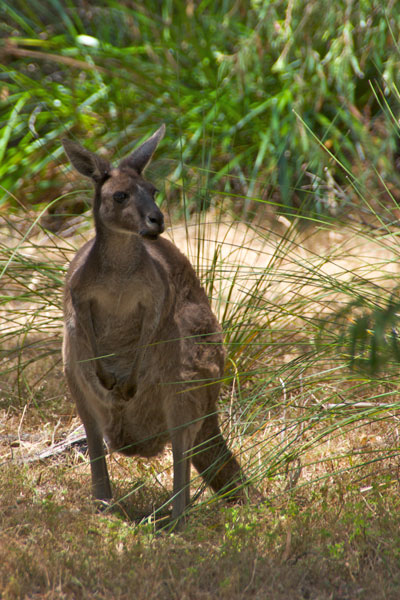 Also fond of the Yanchep grassy lawns was this Eolophus roseicapilla (Rose-breasted Cockatoo or Galah). These are very common in Western Australia and indeed most of the rest of Australia. We loved seeing them anyway. 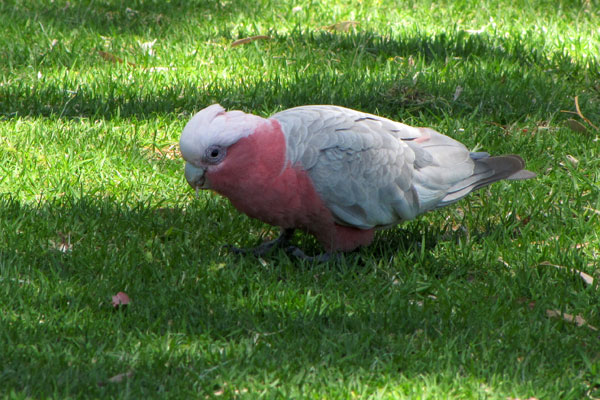 We didn’t stay at Yanchep very long and so I didn’t see many herps there. The only one I managed to photograph was this skink that I found under a piece of tin, which I believe is Acritoscincus trilineatum (Southwestern Cool Skink). It is missing one of its rear legs, presumably due to injury, but it was still pretty speedy. 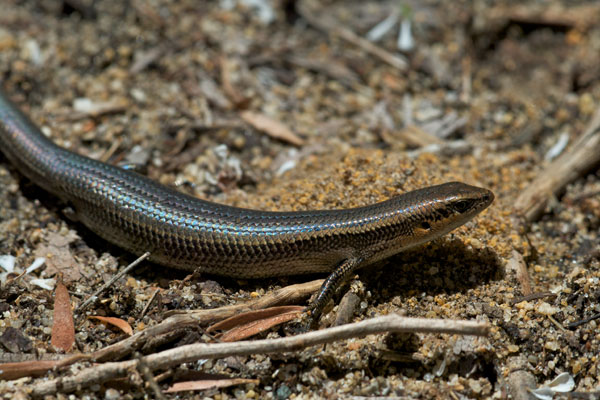 We took two days to travel the approximately 850 km from Perth to Shark Bay. We spent the night in Geraldton, a small town (sorry, I meant “the fourth largest city in Western Australia”) situated at more or less the midpoint of our route. The liquor store attached to our motel had a fine selection. The mango beer received a thumbs-down from our tasting committee, but the frilled lizard wine and blue-tongued skink beer both received thumbs-up. 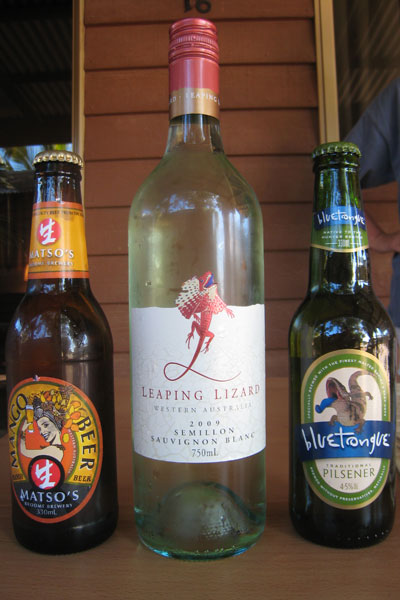